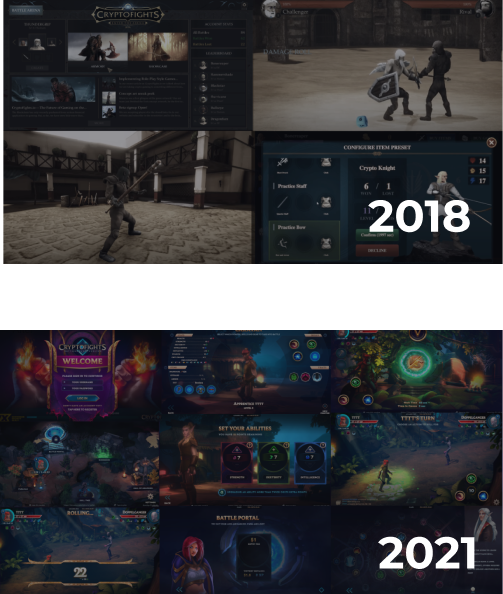 In early 2019 we moved to BSV from ETH mainly because of scaling concerns. We were later proven right in late 2020 and early 2021 when the transaction fees for BTC and ETH became too high for microtransactions to be feasible. While we were learning how to operate using gameplay and the blockchain together in ways that the industry was not familiar with we had to develop our own infrastructure to handle two key issues: Speed & Stability.

Speed: Users require an experience that is as good as what they are used to with legacy technology.
Stability: Users will not have a satisfactory experience if there is periods of time with lag or downtime.

This process took some time to get right and required extensive research and trials. We released various beta testing periods to users over this time to understand how players making moves from a bitcoin wallet instead of a traditional I/O system would work in the real world.
‍